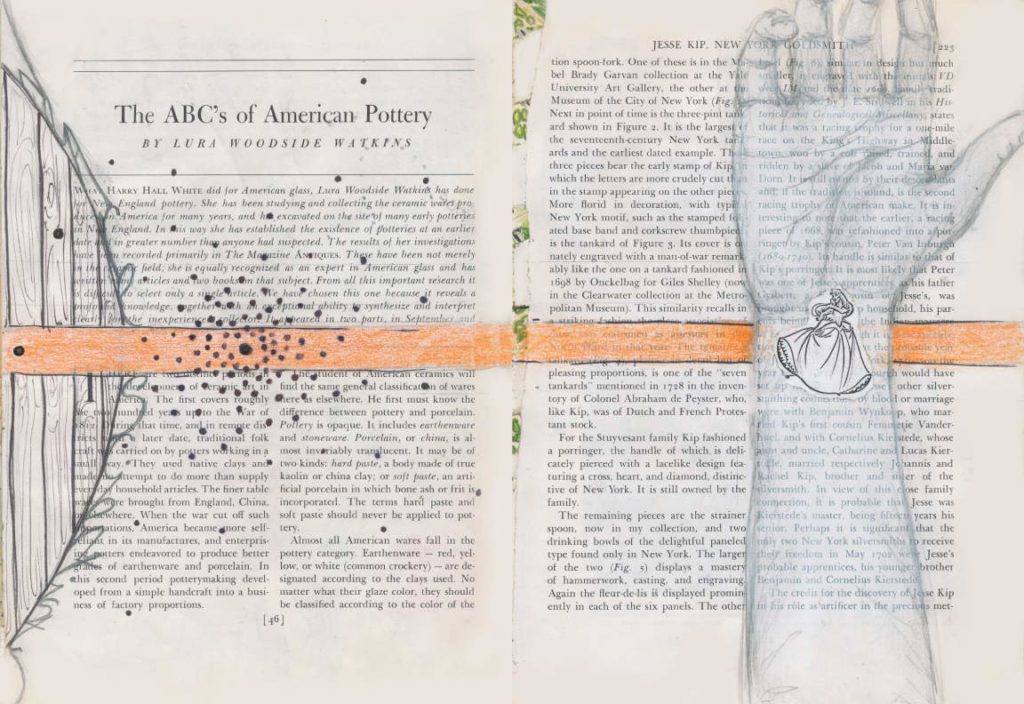 It was my fall break, a whole week off from school, needless to say, I was loving my job at the moment. I decided to spend my break sitting on the sofa, watching TV, and being lazy in general. After surviving the first ten weeks of school I needed it….

Despite my coach potato plans I did plan a few outing, one of which was a Tuesday night concert featuring “We Are Scientists”. It was strangely satisfying to walk up to the Masquerade on a typical school night. The air was just beginning to turn chilly, the scent of fall mixed in with the breeze, and the days were getting shorter. Dark blues began to overlap the pinks and oranges as we parked the car and made our way to the door. No crowd or line awaited us, we walked straight in, along with the other young, possibly unemployed, or just big enough fans to stay out late on a Tuesday night.

Nick and I walked in, found a wall to lean on, and waited for his brother Dan to join or duo. We watched people trickle in as we continued to anticipate the crowd that would surely be here any minute. The crowd never came.

The “Hell” level of the Masquerade is already fairly small, so it is surprising when you feel like you actually have space while watching a show. Maybe 30 people were there… maybe… A part of me felt bad for the band, they are an amazing band, and put on a good show. Perhaps the weekday showtime kept the responsible fans at home, perhaps their marketing fell short, but whatever the case was, it wans’t a big night for them.

Another part of me nudged the guilt to the side and was a little excited. We were about to see an amazing show, up close, it was going to feel like they were playing just for the three of us. However, the low numbers were not only apparent to us. As the band took the stage, there was a slight pause as the lead singer, Keith Murray, slowly leaned towards the microphone, glanced around the room, and made a crack about the crowd. Again a twinge of guilt, quickly followed by a churn of excitement, this was going to a good show…

After Keith’s crowd comment I expected the drum and guitar to queue in, and the music to begin; instead Keith began rearranging wires, pulling this and that, and made his way into the center of the crowd, microphone in hand. This is where he remained for the rest of the night. I was a foot away from him. They played amazing song after amazing song, and everyone in the venue was rocking out. It may have been a small crowd, but by the time he hit the floor and started singing, it felt as if a thousand people were in the room. He talked to the fans, took song requests, and even passed around a tambourine. Once Nick got his hands on that tambourine, no one else touched it for the rest of the night. I think his hand was bruised from his enthusiasm.

You could tell from the energy, everyone had an amazing time. Although the girl who kept trying to leave to make curfew, but was guilted into staying by Keith, probably didn’t have a good time when she got home a couple of hours over curfew. At the close of the show I bought my typical band shirt, and began herding the boys to the door. Before we made it out, Dan found the lead singer, complimented him on the show, and made a point to express his confusion on why no one showed, because they are an amazing band. Keith replied with an equally as confused response, after all they worked so hard, and he felt strong about their sound.

Again, the twinge of guilt.

However, despite my split emotion I wouldn’t trade my floor show for a thousand person venue any day. But they did deserve it. If it’s any consolation to the band, you made my night and found a spot for one of my most memorable shows.

I thought about this page for a long time before I made it. I knew I wanted to include certain things to represent the night. I wanted to reflect the orange band and Sleeping Beauty stamp required to get in the door, as well as the set up of the show. However, I wanted a subtle look. I didn’t want too much color, especially after all the brightly colored pages I had done so far in my book. Eventually I decided to keep it monotone, except for the orange band. I felt it fit the night, the Masquerade is a gray place. The exterior is smokey black, except the purple neon, which is always blinking, with half the letters burnt out.

I started by sketching everything out. I placed the stage on the left side, drew the orange band, and placed the wrist of the hand so it would intersect the band. I referenced my hand in order to do the drawing. Hands can be difficult to draw, a lot of people tend toward puffy, marshmallow fingers, rather than the angular fingers we actually have. I typically sketch the arm and basic outline of the palm first, then follow with the tops of the fingers using arcs to place them. I follow by connecting the arcs to the palm by drawing straight lines for the top of the finger. I draw a short straight line, angle slightly, draw a longer straight line, angle again, and draw another straight line, which should hit the palm. This divides the finger into three sections, we have two joints in our fingers, if the fingers are bent, you should see both joints. After my straight lines I fatten up the fingers with slightly arced lines to outline the bottom of our fingers, which is where we all have a little fatty tissue, you don’t need straight lines here.

Once I had everything sketched out I filled the hand in with gesso. I like to do this with hands, even though it makes the skin look ghostly pale, because it separates the drawing from the background, and creates a good surface to shade on. After the gesso dried, I went in with pencil to add slight shadows, and the wrinkles in the palm and finger joints. Always look at your own hand when doing this. If you randomly put lines here and there it won’t look realistic! After the hand was complete I added wood grain to the stage with brown colored pencil (to read more about how to create realistic wood grain go here) and colored the band in with orange colored pencil. I printed a sleeping beauty outline, cut it out, and glued it on top of the wrist.

Next, I wrote the band’s name, “We Are Scientists” along the edge of the stage using pencil. I wanted it to be subtle, I stretched the letters out and didn’t use sharpie to help it blend in. Last but not least I used sharpie to place two dots on the stage to represent the band members who remained on stage, Chris Cain and Andy Burrows, and a dot off the stage to represent Keith Murray. Around Keith’s dot I put smaller dots to reflect the crowd.

Create black and white page, and include only one other color.