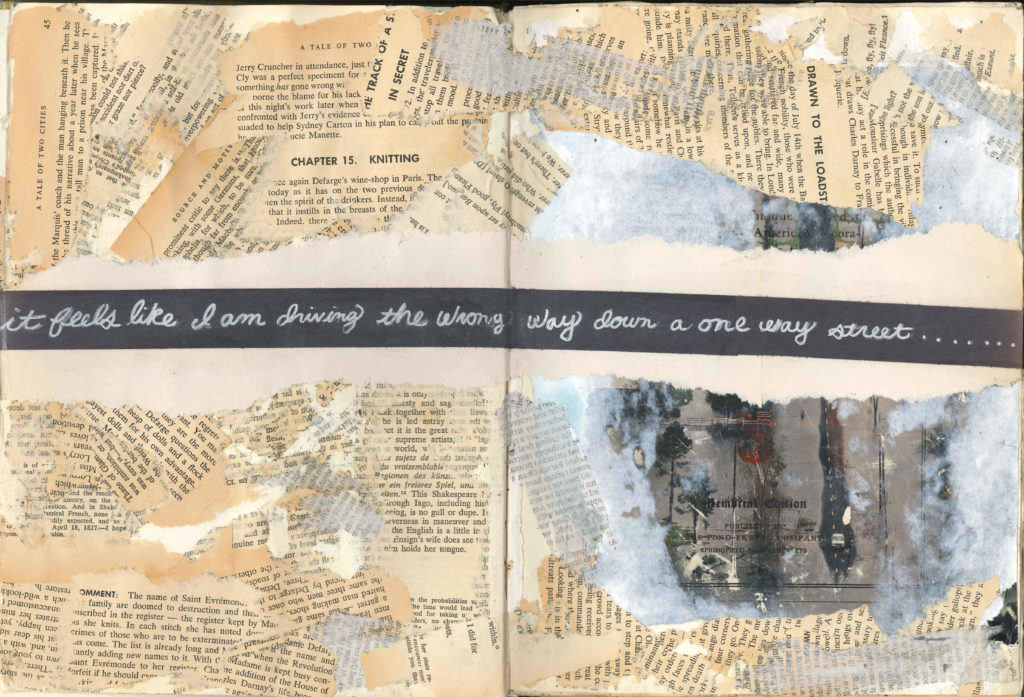 Pre-planning had officially begun. Another summer passed by in the blink of an eye, it was time to go back to the grind. It was the start of my third year teaching high school art. I couldn’t believe two years had already passed. I had survived, so far, with only a few hiccups along the way.

The start of this year felt different than the rest. I suddenly felt like a veteran. For the most part, I knew what to expect. I recognized at least half of the names on my roster, I knew what I needed to accomplish in the week before students arrived, I already knew what my project timeline was for the entire year. However, despite a new feeling of confidence, there was something else brewing underneath.

I already felt exhausted. Not even two days had passed in the school year, and I wasn’t sure I would make it to the end. Two years of begging for supplies, tripping over backpacks and students in my 35+ student classes, dealing with unnecessary meetings, testing, and other complete wastes of time. Despite my attempts to find another job the previous year, I was returning to my school, my classroom, and the same issues.

I envisioned the start of something new. A closet full of supplies, a classroom with a reasonable number of students, everyone is happy, everyone loves art, everyone works hard. Wishful thinking, I know, but I wanted to love my job, and this school would be the end of my art education career, not the driving force behind it.

However, here I was, standing in my classroom once again, and the only thing I could do was get back to planning and make the most of a disappointing situation. It felt like driving the wrong way down a one way street.

One day, while flipping through a National Geographic, my favorite source for high quality images, I found this interesting image of a car driving towards an obviously flooded road. It appeared as though the water was closing in behind the car, but there was nothing for the car ahead of them, only more water. It made no sense, they seemed stuck in an impossible situation, yet there they were, persevering.

I felt like there had to be more to this picture. An inspirational story, a devastating circumstance. It peaked my interest, and I ripped it out and added it to my visual journal folder.

A few months later, the perfect page came along for this picture. I was starting another school year with a less than positive attitude. While flipping through my visual journal folder, I discovered it once again, and felt it summed up my situation. I was stuck, just like the car, driving to an inevitable end. Whether that end was a new career, a new school, or yet another new year, I had no idea, but I had to continue moving forward to find out.

After the transfer was complete, I glued a strip of black construction paper gong across both pages. This created a space to include text, which I wrote out using a silver sharpie. Check out my visual journal lesson plan here and bundle pack here.

Create a page about a time in your life when you were stuck in a rut.

Thanks for taking the time to check out my blog. Help me spread the word about visual journals by sharing with others. I couldn’t do it without you!