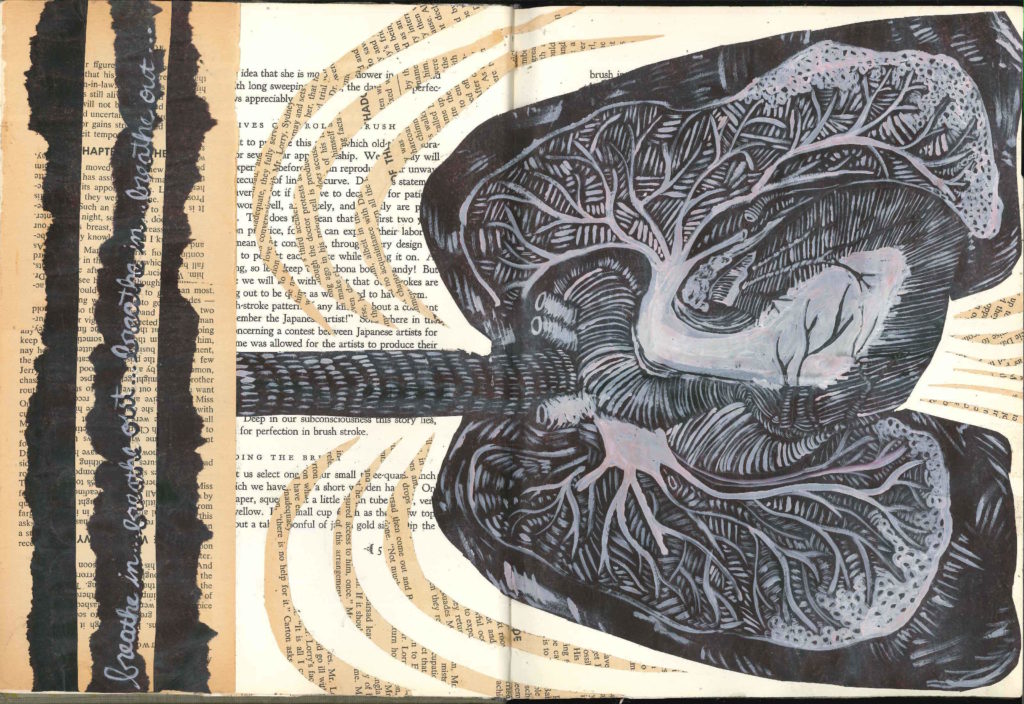 There are many nights I lay in bed, my body exhausted, eyes heavy, and mind racing. The endless to do list scrolls through, the what did I forgets start haunting, the stress from the day just can’t seem to find a way to subside.

When I first started teaching I had many restless nights. Fear kept me awake. Fear of what the next day would bring. Fear of sleeping in. Fear of not being prepared. Fear of forgetting something. Fear of failure. Fear of my students. Many days I felt like a hoax. I had no idea what I was doing. That year, everyday was the first day for me.

My first year anxieties lessened with each passing year. I learned a lot, found projects that were reliable, and developed systems for handling my students. As my stress levels were reduced, my nights of sleep got better. However, I would still periodically have those moments where I would lay in bed, stuck in limbo, unable to pass into sleep or wake up enough to do something else. In those moments I fall back on my old restless night strategies. I would lay still and focus on my lungs. As I would breathe in I would feel my lungs expand to capacity. I would imagine the folds filling out and pressing into my other organs as they expanded. I would breathe out. My lungs would slowly collapse pushing all air out, until they were tiny, limp, and deflated. I would repeat this until I finally drifted beyond the middle into sleep.

This method has helped me through many of my most restless nights. It’s my off button for my brain. A simple strategy to put focus on my most basic body function, breathe in… breathe out…

This is one of those visual journal pages that was fairly simple to create, but had a lot of impact once it was finished. It was also one of those pages that I visualized in my head before starting and it came out just as I expected, if not better, which rarely happens.

I knew I wanted to create an image of a lung. I started this journal page by looking up medical drawings of lungs to reference. I wanted to make sure it was accurate. Once I settled on an image I began thinking about the look. I had recently completed a page about a black widow (check it out here) where I used black bleeding tissue paper and gesso. I loved the look the wet gesso created on the paper. A red hue would bleed into the white gesso from the black tissue paper. I decided this would be a good material to use for this visual journal page as well.

Once I had my image, a sheet of black tissue paper, paintbrush, and gesso, I was ready. I freehanded the painting of the lungs. I started with a loose outline of the shape and went into the bigger sections first, which was the white block in the heart that expanded to the veins in the lungs. I carefully planned around sections that needed to stay black and moved from one area to the next. For the arteries of the heart I used curved lines to show the shape and to give it texture to separate it from everything else. I liked the look of the lines and decided to carry them into the spaces between the veins in the lungs to fill out the shape. I mimicked the circular tissue pattern from the original image into my painting as I moved to the bottom of the lungs. To define the esophagus I used short, hatch lines, that also curved along the contour of the shape. I decided to make it longer than I needed, just to make sure it filled the page.

As I painted each section, the color from the bleeding tissue paper would bleed into the white. I loved the look it created, it added much more interest to the color than a stark white. Once the painting was dry, I cut the shape out of the rectangular bleeding tissue paper sheet. I carefully glued it into my visual journal using rubber cement and trimmed off the excess esophagus.

I overlapped sheets of old and discolored book pages to the top with ripped out pieces of black bleeding tissue paper on top. This tied the top section to my lungs visually, while also giving me a space to write words. Even with the detailed painting, I still felt the background was lacking. I decided to cut out rounded shapes from the book pages to mimic the shape of the lungs and create a sense of movement. I glued them into the background, which helped further tie the book pages into the entire piece.

Last, but not least, I used gesso to paint the words “breathe in… breathe out…” over the ripped up tissue paper. In the sections where the words extended beyond the bleeding tissue paper, I went over the letters with black sharpie to help them stand out.

Create a visual journal page about your method to falling asleep.

2 thoughts on “Visual Journal Page 20: Breathe In, Breathe Out”