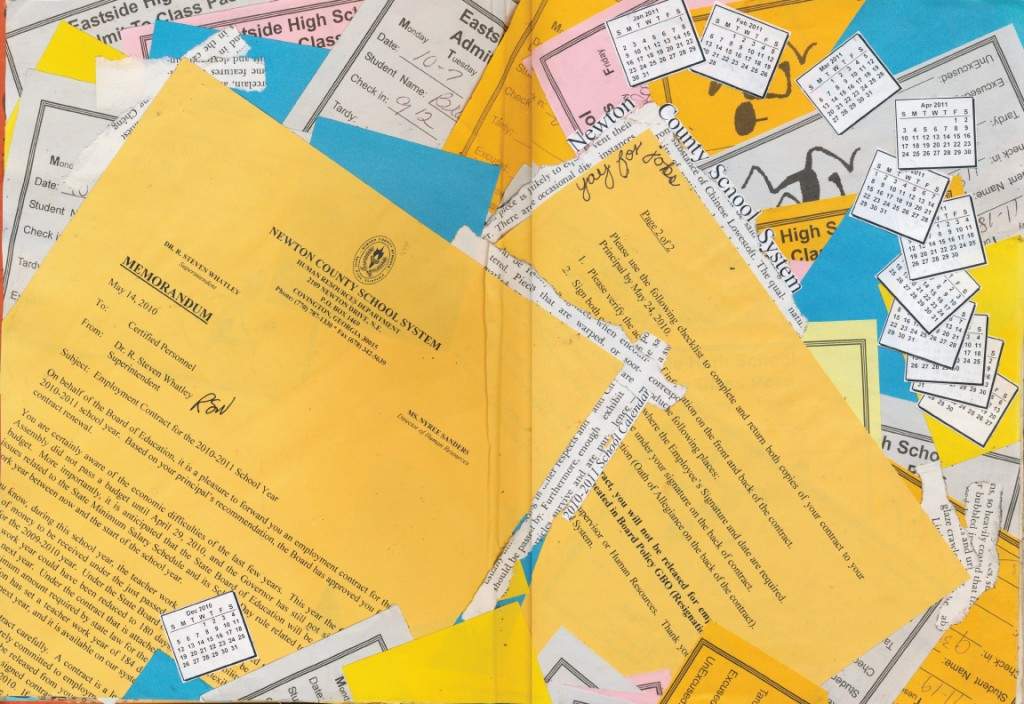 2009 was a great year. It was the year I finished my graduate degree, I was finally leaving college and completing school forever… at least for now. However, 2009 was not a great year for the US economy. Houses were being foreclosed on, businesses were going bankrupt, and people were losing their jobs left and right. It was not a good year for new graduates. Few places were hiring, and when the rare job positions opened up new graduates were competing with those with years of experience.

Despite the downcast economy, I did find a job. Not only did I find a job as an art teacher, but I found one at the level I wanted, high school, and at a school close enough to commute to from Atlanta. I was counting my lucky stars. However, as my first year of teaching came to close I began to feel the familiar nervous knot in the pit of my stomach. Would I still have a job next year? Our county was in debt by millions, they were evaluating and re-evaluating our budget. They were cutting dollars here, thousands there. No one was sure if they were safe, and the fine arts department was a nervous wreck.

Unfortunately when it comes to saving money elective courses are the first to go, and I was one of two art teachers. Yes there were two of us, but even with two our classes were bursting at the seams. But both of us knew they could cut one of us and still maintain the guise that the school offered art, to the few that would be able to get into few classes we offered.

I began browsing job posting and updating my resume. I began preparing myself for whatever news may come, and I was surprised at what did come. My co-art teacher was leaving. She decided to take a job elsewhere. I was sad to see her go. She was my mentor and she was responsible for a large part of our department’s growth. I hated for her to leave, but I was excited for her future prospects.

Rebecca leaving only carried one benefit, job security for me. I knew they wouldn’t cut art out completely, I definitely had a job for the upcoming year, I was safe once again. I was afraid to take on the responsibilities she was leaving behind, taking charge of the art department, but I was thrilled my paychecks would continue. I was even more thrilled to find out despite the many budget cuts an additional art teacher would be hired. I wouldn’t be alone after all.

As the years go by the county, state, and country continue to lose money. The hole gets bigger, deeper, and it is hard to image an end to the depression. I know I am lucky to have a job when so many are out of work. I can only hope that there is a light at the end of the tunnel, and as more time passes, I believe it does get a little brighter.

To create this visual journal page I simply collaged my school documents. I used paper that had my job renewal announcement, late passes, book pages, and my future school calender. I wanted to make sure it reflected my upcoming school year, and I couldn’t think of a better way to do that than with the actual documents. I cut up and collaged the paper and glued it down with rubber cement. To finish it off I added words with sharpie. Remember when you collage multiple pages make sure you lay it out before gluing everything down.