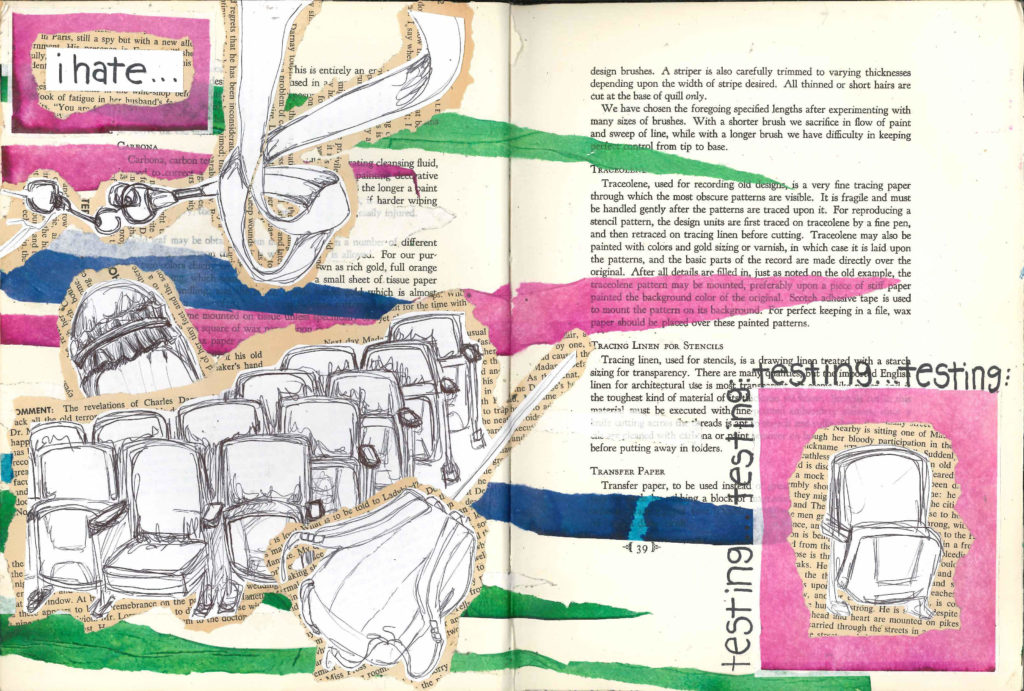 Four years ago I made the decision to switch from public education to private. It was something I considered for a couple of years before making the move, and it was a difficult decision. I loved my eclectic public school kiddos and I felt like I was providing a much needed service to them. In a school day jam packed with academic after academic, with little breaks, and so much emphasis on testing, by the time they came to my class they needed something different.

In art classes students have the chance to breath. Instead of memorizing facts and how to better take a test, they learn how to express themselves, think critically, and communicate visually. This creative breathing space is a necessary part of a well balanced student’s day, and yet the arts continue to lose funding and standardized testing continues to hold ground.

This isn’t the first blog post that I have written against standardized testing, but it just might be the last. After three years of spending my planning period prepping to proctor tests I didn’t believe in, I made the move to private school. Although I still believe in the potential of our public education system, they aren’t there yet. Because private schools don’t have to fulfill the same requirements of public schools, they are free to put emphasis on the individual students rather than a test score. I wasn’t willing to wait out the public schools, so I abandoned ship.

This visual journal page represents my last day of proctoring a standardized test. Sitting in an auditorium full of students, watching them take a test that doesn’t test their knowledge, just their ability to beat a test, I broke proctoring rule #1. Rather than sit there and stare at the kids, watching their every move, on the lookout for wandering eyes, I doodled. It was my tiny rebellion, my last stand against standardized testing.

I love private school education. I love that the students are people, not numbers. They represent more than school funding, they represent the future generation, the next leaders, teachers, and parents. We need confident, well rounded adults to fill those roles and I am confident the students in my classroom are getting what they need because of the freedom of the private education sector.

To create this visual journal page I cut up the doodles I created during my final day of standardized testing. After cutting them up I began playing around with a layout. I decided they needed a little something to make them pop, so I glued them down on old book pages, then tore them out, leaving an edge of yellowed paper.

Once again I began playing around with the layout, but I still wasn’t satisfied, it looked too bland. I began gluing down strips of bleeding tissue paper to add color and once again laid out my doodles. I decided to pull the drawing of the auditorium chair to the right page and emphasize it with a square of bleeding tissue paper to create a focal point. I then layered the remaining doodles on the left page, overlapping to the right.

To balance the chair drawing on the right side page, I added the text “i hate” with the yellowed book page and pink bleeding tissue paper behind it to tie to the look of the chair. I then wrote “testing” around the chair doodle to further emphasis it.

Create a visual journal page about your educational experience. Good, bad, or ugly, whatever you think of first when you reflect on school.

Thanks for taking the time to check out my blog! Help spread the word by sharing it with others. Are you interested in teaching visual journals to your students? Check out my visual journal basic lesson here and bundle pack here. Thanks for stopping by!