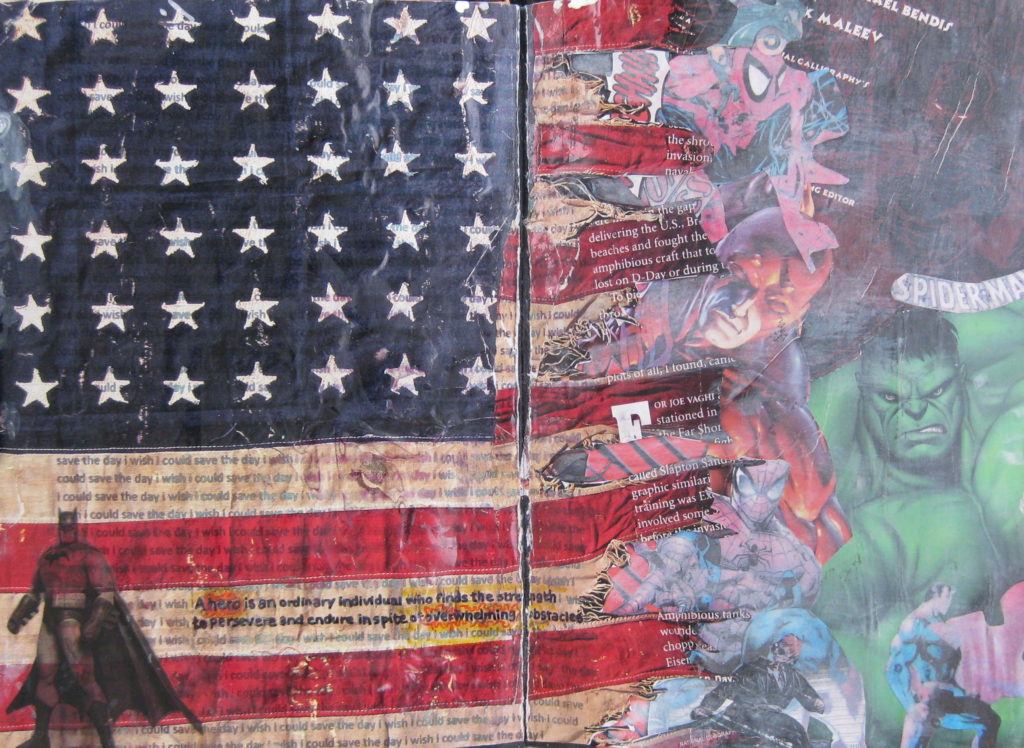 When you think “superhero” I feel like images of Batman, Spiderman, Superman, and the like come to mind. Going through college we were often told we were going to have the opportunity and ability to change kids lives, we were going to become heroes. Recently I was talking to a future teacher. She was finishing up her degree, working on student teaching. She was talking about how excited she was to get out and start teaching, how she wanted to look into inner city schools, how she loves the “bad” kids because she feels a need to help them. I remember feeling that way… and I also remember my first year teaching when I had to realize I couldn’t save everyone. After talking to the soon to be teacher I told her that I felt the same way she did when I graduated. However, since then I have become more realistic. I found out that some students you can’t help, and if you fully invest yourself into those kids you will take your work home every night and it becomes harder to sleep. After the word realistic tumbled out of my mouth I felt guilty and very cynical, and I am not a cynical person.

At the time when I created this page I was dealing with one of the first students who I truly felt lost with. He didn’t want to do anything, he didn’t want to listen to directions, he didn’t want to be in school, yet he was in school… and he was there everyday. He didn’t have much of a home life, so I had no one to call to help me get him into shape. He was a fifth year senior. I heard more than one rumor that he had his hand in some drug dealing and various not so great things. I tried talking to him, I tried listening, I tried more structure, less structure, compromise, I went to the counselors, I went to the administrators, but what do you do with a student who doesn’t care. A person who doesn’t care about anything, who is relieved to be given a detention so when he doesn’t show up he gets ISS, then suspension so he has a reason not to come to school. He was the inspiration for this page because eventually he didn’t come back to school, eventually I guess he realized there really wasn’t a point, because he really didn’t care. I tried so hard, and on more than one occasion I went home and had to lay on the floor, take deep breaths, fight back tears, and consider other career options. This page is for him because I wish I could save the day… but I can’t. I hope I have helped other students, but he will always be in the back of my mind, because in the end I feel responsible for him not coming back.

“A hero is an ordinary individual who finds the strength to persevere and endure despite overwhelming obstacles”, I hope to live up to this one day. I guess in a way I have because I continued my job despite the many obstacles and difficult students who I didn’t break through with. It feels cynical, I feel more cynical… but maybe it really is more realistic, and sometimes you need that to get through your day.

This is one of the more complex pages I did in the beginning. Remember, you need to experiment to create interesting pages. Sometimes it works out, sometimes it doesn’t. This time it did work out, but it took a good bit of trial and error. I printed images of superheros, cut them out, and glued them to the background on the right page. I found an interesting American flag image in a magazine and glued it to a sheet of computer paper, then printed the words “I wish I could save the day” repeated, as well as the hero quote, on top of the magazine page. I then printed batman on a transparency sheet (if you try this make 100% sure you get a safe to print on sheet… I have melted a transparency in a printer before…). I then cut him out and glued him on top. I emphasized the quote by outlining it in sharpie. To tone down the superhero images on the right I watered down gesso and painted a layer on top to create more of a hazy look and help the flag stand out.

2 thoughts on “I Wish I Could Save the Day”